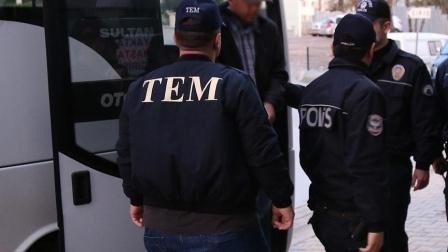 A total of 43 foreigners linked to the Daesh terror organization were detained in Istanbul Friday, police sources said.

Speaking on condition of anonymity due to restrictions on speaking to the media, the sources that Istanbul’s Counter-Terrorism Division captured four Syrians who allegedly recruited for the group.


The four were "senior members" of Daesh, the sources said, adding that the 39 other detainees were detained at different addresses.


After medical examination, the four Syrians were brought to Istanbul Police Headquarters, the source said.

The 39 other detained foreigners, including 13 minors, will be deported after the investigation, the sources added.