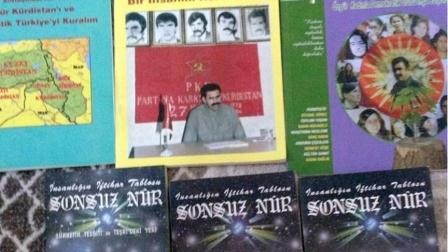 Turkish police on Tuesday detained 22 suspects in Izmir province in five separate operations for alleged links to the YDG-H, the youth wing of the PKK.

An anonymous police source identified one of the detainees as the leader of the YDG-H in the Aegean area. Homemade explosives and organizational documents were seized during the operations, the source added.


Numerous arrests have been carried out across Turkey since a July 2015 suicide bombing which killed dozens of people in Suruc district of Sanliurfa province near the Syrian border.


Most of the suspects detained have alleged links to terrorist organizations such as the PKK/KCK, the YDG-H, Daesh as well as the ultra-left Revolutionary People's Liberation Party-Front (DHKP-C).


The PKK -- listed as a terrorist organization by Turkey, the U.S. and EU -- resumed its 30-year armed campaign against the Turkish state in July 2015.

Since then, more than 600 security personnel have been martyred and more than 7,000 PKK terrorists have been killed.