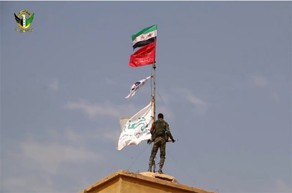 First footage taken from battles for the liberation of Cerablus from terrorists. Those with a blue ribbon are Turkmens, the Arabs are with red ribbons.