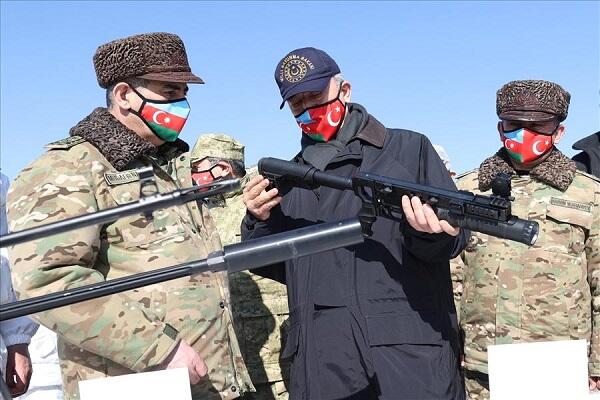 Turkish Armed Forces one of most powerful armies in the world, says Zakir Hasanov amid joint military exercises

"We Azerbaijani Armed Forces have strong cooperation with our brotherly country. It is important for us to benefit from the experience of the Turkish Armed Forces," Azerbaijan's Defense Minister Zakir Hasanov told reporters in Kars, Turkey, during joint Turkish-Azerbaijani exercises.

He said the exercises are being conducted to ensure cooperation and coordination between the armed forces and to test opportunities and capabilities of operations in the deep snow and severe cold.

The history, religion and culture constitute deep-rooted ties between the two countries, he said, adding that late President Heydar Aliyev’s principle of "one nation, two states" continues sanguinely under the guidance of Azerbaijani and Turkish leaders.

Hasanov pointed out that the presidents of the two states have made a "big contribution" to the continuation of relations and brotherhood between the countries.