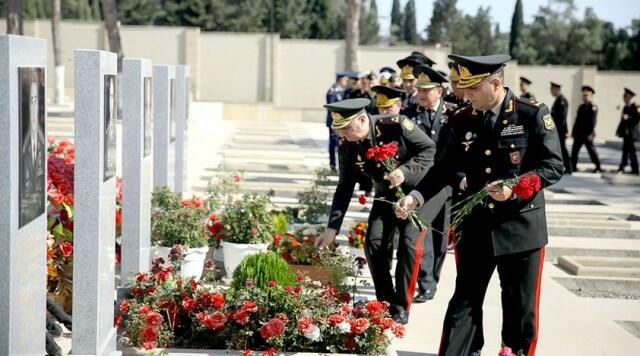 On June 25, on the eve of Azerbaijan’s Armed Forces Day, military personnel of the Ministry of Defense visited the Second Alley of Honors.

Axar.az reports citing MoD that the memory of the heroic sons of the Motherland, who became Shehids for the independence and territorial integrity of Azerbaijan, was honoured and flowers were laid at their graves.