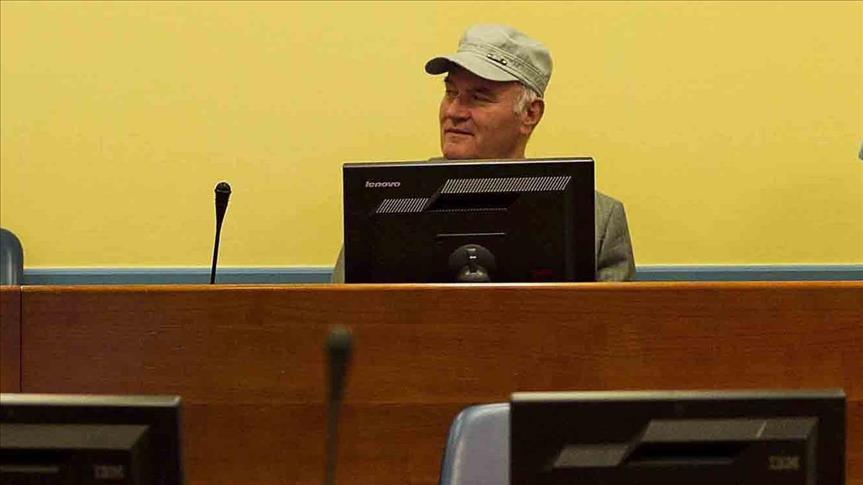 He was the commander of the Army of Republika Srpska which was established in Bosnia and Herzegovina at the beginning of the country’s brutal civil war amid the breakup of Yugoslavia.

Wednesday's 523-day trial could end in the conviction of Mladic on a range of war crimes charges. He may also receive sentencing on the same day.

The court itself will wind up on Dec. 31, bringing an end to a painful and bloody chapter in postwar European history.

He and the forces under his command have been linked to the genocide committed in Bosnia, particularly in Srebrenica, Europe's worst atrocity since World War II, where more than 8,000 Bosnian Muslim men and boys were killed over several days in 1995 by Serb forces.

However, Mladic is also known for his forces’ bloody 1,425-day siege of Sarajevo, the longest of a capital city in the history of modern warfare.

Almost 14,000 people were killed during the siege, nearly 5,500 of them being civilians.

Mladic on Wednesday will face 11 individual and collective charges such as committing genocide, crimes against humanity plus violations of the laws and customs of war.

He has said he regrets innocent loss of life, but has denied the charges. His courtroom appearances have been marked by defiance, including a refusal to testify against fellow Bosnian Serb war crimes suspect, Radovan Karadzic.

Along with former president Slobodan Milosevic, Mladic and Karadzic represent the three most-senior Serb figures to have faced war crimes charges arising out of the bloody breakup of Yugoslavia after the end of communism.

Mladic, controversially, remains a hero to some Serbs.

The trial has heard harrowing testimony from many who lost loved ones in the war. Many relatives of Bosnian victims are expecting Mladic to get the highest sentence.

Senida Karovic, who lost a leg in a mortar attack during the siege of Sarajevo, told Anadolu Agency that the Bosnian capital become "the largest concentration camp in modern history".

Karovic added that those who survived live in difficult conditions today due to trauma from the war.

"I want to believe that judges have enough power and courage to ensure justice. I am confident that he [Mladic] will get the punishment he deserves," said Karovic.

"Why is it important for me? It will not bring my leg or the victims back, but punishment will please the victims."

During the siege of Sarajevo, soldiers under Mladic launched two mortar attacks on a marketplace in the city center. Known as the Markale massacre, in the first attack 105 civilians were killed while 234 were wounded.

Abid Kovacevic, who was injured in the first attack, said he remembers the atrocity every time he passes by the market place:

"I remember Mladic on radio and television with the words 'Shoot the places where there are no Serbs.' I never thought that he would bomb the marketplace."

Kovacevic is among many others who are expecting Mladic to get the heaviest punishment, life imprisonment:

"Ratko Mladic must take the heaviest punishment, because he committed the most serious crimes. Serbian soldiers who killed people, practiced his orders."

Serbian human rights activist, Natasa Kandic told Anadolu Agency Mladic should be sentenced to life imprisonment, in line with heavy sentences handed down to other officers.