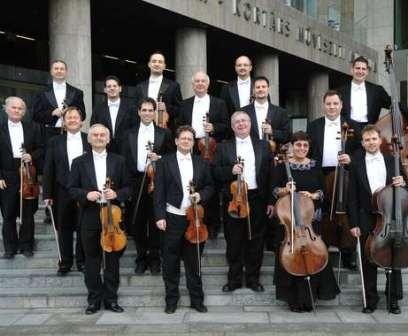 Baku’s Heydar Aliyev Center will host a concert of the Budapest Symphony Orchestra on May 3.

The soloist for this concert will be Jozsef Lendvay, one of the most versatile musicians of his generation.
Jozsef Lendvay is a laureate in numerous international violin competitions, among them being the Tibor Varga International Violin Competition Sion Valais, Switzerland.

The violinist claimed a high number of prestigious awards and scholarships. His talent and accomplishments were appreciated in 1997 when he received the Gold Cross from the President of the Republic of Hungary.
The Budapest Symphony Orchestra was founded in 1943 by Hungarian composer and conductor Ernst von Dohnányi.

Performances have taken place at many of the most important and respected concert halls, such as the Musikvereinssaal, Vienna, the Concertgebouw, Amsterdam, Suntory Hall, Tokyo and the Shanghai Oriental Art Centre.

The orchestra has also participated in several European festivals, in Lourdes, Vienna, Thessaloniki, Rome and Assisi.