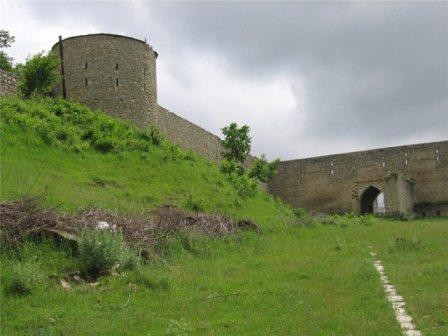 The International Mugham Center in Baku has hosted another event in the framework of the “From the regions to the capital” project, which familiarizes residents and guests of Baku with the beauties of the country’s regions.

This time the event was dedicated to Shusha, a homeland to a great number of Azerbaijani poets, architects, musicians and other people of culture, as well as historical figures and generals.

Culture and Tourism Minister Abulfaz Garayev , addressing the event, voiced the importance of holding the event devoted to Shusha in the Mugham Center, as this region is known as the cradle of Azerbaijani music and made an invaluable contribution to the national music. Shusha is particularly renowned for this art, as its residents preserved historical traditions of Mugams, vocal and instrumental compositions.

Shusha is also well known for its ancient carpet-weaving, as Karabakh's rugs increased the fame of Azerbaijan carpet school in many countries of the world.

Unfortunately, following the groundless territorial claims by Armenia and the Karabakh War, Shusha was occupied by Armenian aggressors on 8 May 1992. The entire cultural heritage which was not evacuated was either looted, destroyed or pillaged by the Armenians during the occupation.

Touching upon the Nagorno-Karabakh conflict, the minister expressed confidence that the problem will be solved within the territorial integrity of Azerbaijan.

The fall of Shusha came as the last stage of Armenia's military occupation of the Nagorno-Karabakh region - part of Azerbaijan's historical and internationally recognized territory.

The Armenian militaries killed 195 civilians during the occupation of the city. Some 165 people were wounded and over 22,000 were displaced as the result of this brutal campaign. The fate of an estimated 68 Azerbaijani nationals remains unknown to this day after they were taken hostage by Armenian troops.

Speaking about the ancient history of Karabakh, Head of Shusha Executive Power Bayram Safarov stressed the importance of the event that allows to get acquainted with the culture and art of Shusha.

Whether in the fields of music, arts, architecture, literature or other, Shusha was a jewel of Azerbaijan, a source of pride and cultural center.

Ancient Shusha was founded by famous Azerbaijani Khan Panahali in the middle of the 18th century on the highest site of the Karabakh province. The city was also called Panahabad in honor of its founder, Khan.

economic and cultural hub since its very establishment. Many castles, mosques, palaces and cultural centers were built during the reigns of Panahali Khan and his son Ibrahim Khalil Khan in Karabakh Khanate.

Azerbaijan's culture suffered a huge blow with Shusha's occupation. Armenian invaders pillaged and looted 8 museums, 31 libraries, 17 cultural clubs and 8 culture houses in the region. A total of 279 religious and 104 historical and cultural monuments were destroyed in Shusha during and after the occupation.

The subsequent pillage of the Shusha museum - with its 5,000 exhibits, was in fact the deliberate annihilation of Karabakh's 250-year-long history by Armenia.