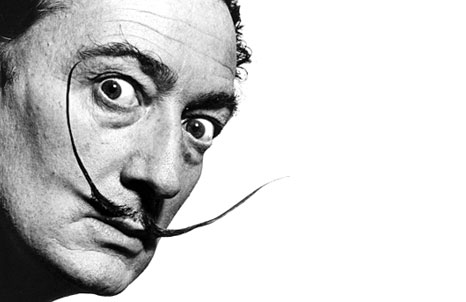 A little-known Salvador Dali portrait of his sister, a work out of the public eye for nearly a century, was sold at auction Thursday in London for 1.8 million pounds ($2.2 million).

“Figure in Profile,” sold at the Bonhams auction house’s Impressionist and Modern Art Sale, is among a diverse range of portraits the prominent 20th-century Surrealist artist painted in the 1920s with Anna Maria Dali as his model.

In that 1925 portrait, sold to an anonymous buyer, she is sitting by a window in northeastern Spain’s Cap de Creus peninsula and gazing out on the bay.

This group of portraits also includes “Figure at a Window,” one of the Spanish artist’s most famous paintings.

It is believed that Dali (1904-1989) may have given “Figure in Profile” to Anna Maria, although Bonhams’ impressionist and modern art specialist, India Phillips, told EFE that that was not certain.

It was, however, in the Dali family’s possession until shortly after being exhibited for the first time in Barcelona, when it entered the personal collection of pharmacist Joaquim Cusi.

Bonhams said the painting was sold in around 1950 to a collector in Spain’s Catalonia region and that that individual’s descendants had put it up for auction.

“This was an important and rare work from a pivotal period in Dali’s life and career,” Phillips said. “The painting had never appeared at auction before and I am not surprised it was so keenly fought over nor that it achieved such an impressive price.”

At the time “Figure in Profile” was painted, Dali had already made his way through Impressionism, Pointillism, Fauvism and Cubism and was on the verge of entering the Surrealist phase for which he is best known, Bonhams said.

Dali was on good terms with his sister in 1925, but that relationship deteriorated following the publication of his autobiography, “The Secret Life of Dali,” in 1942.

Anna Maria, three years his junior, disapproved of her brother’s description of their childhood and in 1949 published her own autobiography that presented a very different depiction of Dali family life.

The disintegration of their relationship was apparent in his 1954 painting “Young Virgin Auto-Sodomized by Her Own Chastity,” which was inspired by a photograph from a pornographic magazine and was a revised version of one of his earlier portraits of her.