Do women prefer partners who resemble their brothers? 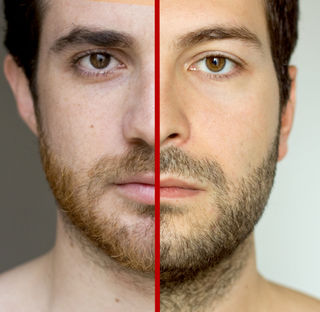 Humans are a social animal, and it is in our nature to crave the affection of our partners and our family members, and to return that affection in kind. But very few of us would countenance perhaps the ultimate sexual taboo: a relationship with a sibling.

But new research from psychologists in the U.K. suggests that family relationships and what we lust after in a sexual partner are more intertwined than many would care to imagine.

Tamsin Saxton of Northumbria University wondered if women tend to choose male partners who resemble their own brothers. And it turns out that this is not so peculiar a theory as it may sound.

This is because there is a wealth of research showing that individuals, across a wide range of species, are more reproductively successful (they produce more offspring) if their mate is not too genetically similar or dissimilar. If we mate with someone who is very genetically similar to us, for example a sibling, we run the risk of concentrating harmful recessive genes in the next generation. However, if our partner is too genetically different, we risk separating out genes that work well together or are adapted to our local environment. We also increase the costs of altruism: previous research shows that we are friendlier towards family members to whom we are more closely related, and relatedness between family members is diluted when parents share fewer genes.

This means that humans (and other sexually reproducing organisms) have a problem: how to find a partner who is genetically similar but not too similar.

The well-known Westermarck effect prevents us from developing a sexual attraction to our siblings. If we grow up with another person in the same home, we tend to find the idea of sexual intercourse with that person extremely aversive. These people will usually be siblings or other close relatives, although raising unrelated children in the same household (e.g. in a kibbutz or in the home of a blended family) can have the same effect. But do we find ourselves drawn to potential partners we know are not our siblings, but who nevertheless look a bit like them? Saxton decided to find out.

A new group of female volunteers was given the task of perusing these photo albums and, on each page, ranking the four partners for their similarity to the brother. It goes without saying that these new volunteers were not made aware of the purpose of the experiment. They didn’t know the photos were of brothers or partners. As far as they were concerned, these were all randomly selected and unrelated men.

These results suggest that women are not choosing male partners who look indistinguishable from their brothers, but that there is a “family resemblance” between brothers-in-law above and beyond what we would expect by chance.

However, it is still unclear whether women actually prefer men who are their brothers’ doppelgangers, or if they simply end up with a brother-resembling man for other reasons. For example, perhaps women from certain socioeconomic backgrounds tend to choose a partner from the same background. This could explain the results if people from the same background just happen to look similar.

You might also wonder if we would find the same effect in men: do men choose female partners who resemble their sisters? Saxton and her colleagues speculate that this is likely, and that the effects might even be stronger that those they observed for women:

“Men might find sibling-resemblance less aversive than women do, and this can be explained by men’s lesser reproductive investment and hence lower risk in a sub-optimal partner”.

In other words, women have to carry a baby to term and they tend to take the lion’s share of childrearing duties, while men are more likely to abandon their offspring. So men have less to risk from mating with a very closely related person.