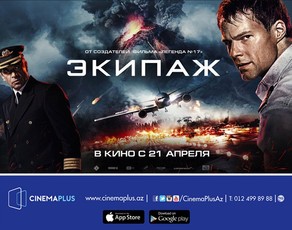 The Azerbaijani premium cinema movie theater CinemaPlus for members held a press screening of a large-scale film-catastrophe "The Crew" with unique special effects.

It is completely independent story about how the crew rescues people from the epicenter of the earthquake. Real planes were used while filming and footage of the explosion in the movie is also real.

CinemaPlus is located at Azadlig Avenue 45, 28 Mall, the 5th floor. Previously it was known as 28 Cinema.