Alim Qasimov to give concert in U.S. 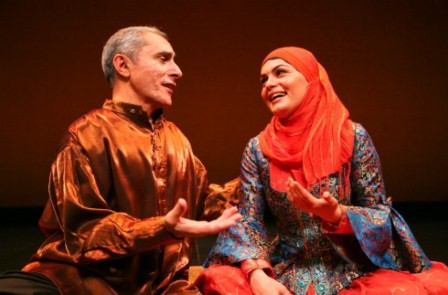 People`s artist of Azerbaijan, mugham master Alim Qasimov and his daughter Fargana Qasimova will give a concert in the USA.

During the tour, they will present some parts from Leyli and Majnun opera.

The concert will future several operas, tasnifs and songs by various composers.

Alim Qasimov was awarded the International Music Council-UNESCO Music Prize, one of the highest international accolades for music in 1999. For that achievement, he was quoted by the New York Times as simply one of the greatest singers alive, with a searing spontaneity that conjures passion and devotion, contemplation and incantation. Also known as an artist of supreme versatility, Qasimov has collaborated and performed with some of the world's leading musicians, including Yo-Yo Ma, Kronos Quartet and Jeff Buckley.