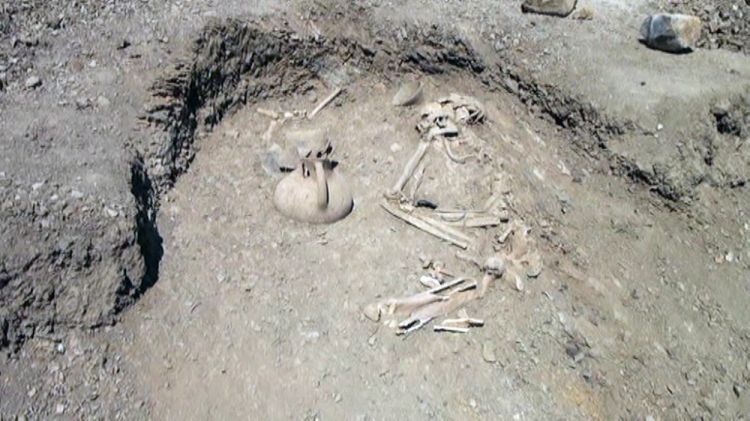 Cambodia has discovered six ancient graves, which date back to between the first and fifth centuries AD, in the country’s southeastern region, local media reported on Monday.

Quoting Voeun Vuthy -- director of Archaeology and Prehistory Department at the Cambodian Ministry of Culture and Fine Arts -- the report said that the archaeologists have found the graves and tombs at a construction site of a road.

The archeologists have found body parts and pieces of jugs and other pottery items which have been kept at the Archaeology department for further examination, Vuthy added.

“Five tombs were located in the upper layer of the ground with one at a depth of 2.3m. They found tools and other items buried with the bodies,” the Cambodian official said.

The excavation of the newly found ancient graves was completed last week.

The report said that the tombs date back to the Funan era. “Funan is the name given to an Indianized Southeast Asian state centered on the Mekong Delta that existed in that period,” it added.

The report said that the preliminary assessment of the excavations have concluded that people were living in that area “between the first and fifth centuries because this area was the foundation of Funan-era culture”.