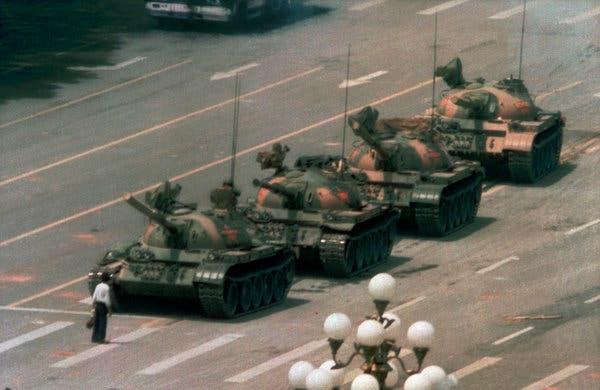 An American photojournalist who captured the iconic image of Tank Man in Tiananmen Square has died.

Charlie Cole was one of the four snappers to immortalise the moment on film on June 5, 1989.

It showed a man in a white shirt, holding plastic bags in both his hands, standing in front of three tanks as they rolled into the square on the day that hundreds, if not thousands of people died.

Last week Cole died in Bali, where he had been living for the past 15 years, the BBC reported.

The iconic image was taken from the balcony of the Beijing Hotel. He knew he would be searched by Chinese security, so he hid the film roll in the bathroom.