Turkey's famous shadow play will be staged in Baku 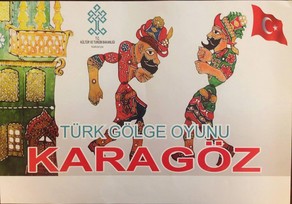 The spectacle will be shown for little theater-lovers of several boarding schools and orphanages in Baku.

Notably, Karagöz performance, which deals with the life of two masters building a mosque in Turkey for about 7 centuries ago - Karagöz and Hacivat, has been shown earlier in Azerbaijan.