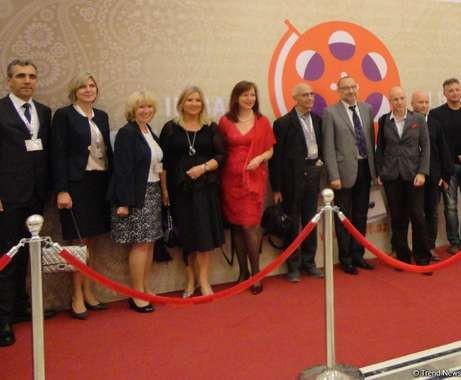 The event organized by the Culture and Tourism Ministry will run until June 4. This year, the Organizing Committee has admitted 78 films out of 420 applications.

The opening ceremony featured a video about previous editions of the festival, as well as seminars, meetings, workshops, opening and close ceremonies, organized in the framework of event.

Culture and Tourism Minister Abulfaz Garayev, addressing the event, said that the Baku International Tourism Film Festival has become a tradition. He said that this year applications for participation in the festival were sent by representatives of 71 countries.

The minister reminded that the festival draws the attention of the world to the tourism potential Azerbaijan, as a centre of historical and cultural heritage.

In his speech, Endre Florian said that he was very glad to receive an invitation to become a jury member of the festival. He also expressed gratitude to the organizers of the event.

Later, the guests were presented the films included in the festival's program.

The organizing committee of the Festival and the jury may change the category of the submitted film.

All films produced by Azerbaijani production companies will compete for Grand Prix of the Festival.

BITFF is an annual non-profit cultural event that takes place in Baku, a global center of historical and cultural heritage, with the organization of the Culture and Tourism Ministry of Azerbaijan.

The key objective of the festival is to promote films on various aspects of tourism, to identify the most successful films that promote domestic and international tourism and to promote their authors. The festival also aims to draw attention to the tourism potential of Azerbaijan as one of the international centers of the historical and cultural heritage.

BITFF is the member of the International Committee of Tourism Film Festivals (CIFFT) based in Vienna, Austria.