The portrait of Sultan Suleyman was sold at a record price 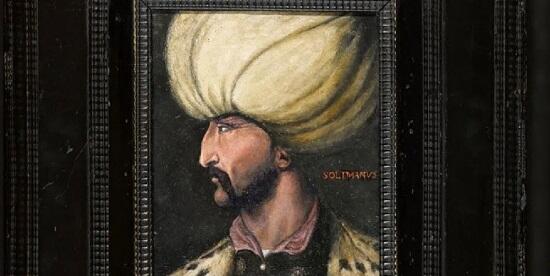 A portrait of Sultan Suleiman the Magnificent, the 10th sultan of the Ottoman Empire, has sold at auction in England for a record price.

The portrait, which is believed to have been painted in the late 16th and early 17th centuries and is considered a very rare work, measures 44.5x39.8 centimeters with a copper frame. The portrait is said to have been taken at the height of Suleiman the Magnificent's 43 years after defeating the Safavids in Iraq and the Crusaders in the Preveze naval battle.

The portrait, which is thought to shed light on the exchange of art between the Ottomans and the Venetians, has been kept in a special collection by a French family since the 19th century.

A total of 183 works were submitted to the auction on "Islamic world and Indian arts."

A 17th-century portrait of Mihrimah Sultan, the daughter of Sultan Suleiman the Magnificent, the Holy Quran and pages from different periods, and various Ottoman-era rugs and carpets were also sold at the auction.