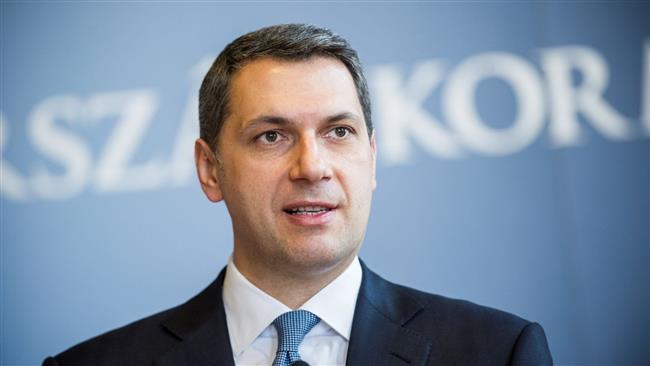 Hungary says it is preparing to cooperate with Iran over the joint construction of a small nuclear plant.

The announcement was made by Janos Lazar, the chief of staff of Hungary’s Prime Minister Viktor Orban.

Lazar was quoted by Reuters as telling the media that the project would be in line with a landmark nuclear deal that Iran achieved in 2015 with the five permanent members of the Security Council – the US, Britain, France, China and Russia – plus Germany.

He emphasized that Hungary and Iran had already agreed over plans for the construction of the plant which he said would be designed for "scientific and educational purposes”.

The official emphasized that the cooperation had been agreed on during a visit by Orban to Iran in 2015.

“When the Prime Minister was there, we undertook to take part in jointly creating a mini nuclear plant with educational, scientific purposes, and now this agreement will be implemented," Lazar said.

In early 2016, Ali Akbar Salehi who heads the Atomic Energy Organization of Iran (AEOI) said the country had proposed a pilot project with Hungary to design a 25-megawatt reactor and then a reactor of up to 100 megawatts to be sold in Africa and Asia.

According to him, the reactor would fit the poorer countries in the region, as it requires less cooling water.

"One particular project that I suggested was to see if we can... together design a small reactor of 25 megawatts. It was received well, and we hope that we can start this project, just on paper,” Salehi said.