The project of BTK are rising 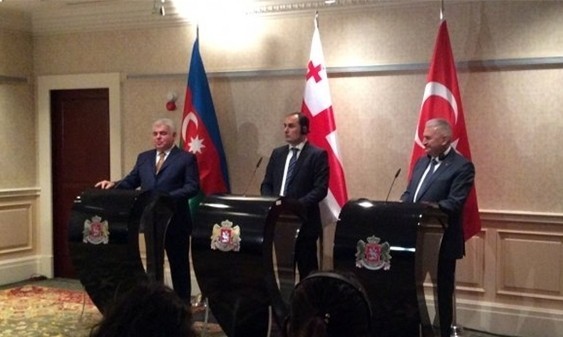 Baku-Tbilisi-Kars (BTK) railway will be fully launched in early 2017.

Azerbaijani Transport Minister Ziya Mammadov said on the sidelines of the 7th meeting of the Trilateral Coordination Council on BTK railway project.

"Now all the hard work behind. Finishing works are carried out both in Georgia and Turkey. At the same time, reconstruction works, measures on modernization of the railway are underway in the territory of Azerbaijan. The project will be fully launched in early 2017. Both freight and passenger transportation will be provided. In other words, a new window opens between Europe and Asia, and watchers will witness a combination of these continents in a nice way. Regardless religion and national origin of people, process of merging the civilizations will be implemented through the transportation", he said.