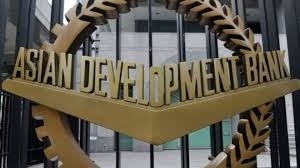 Nariman Mannapbekov has been appointed as director for the Asian Development Bank (ADB)’s Azerbaijan Resident Mission.

“ADB and Azerbaijan have a strong relationship: “And I am honored to have the chance to continue our fruitful partnership,” said Mr. Mannapbekov. “ADB’s current country partnership strategy prioritizes support in transport, energy, water and urban infrastructure, and our goal will be to ensure our effective cooperation with Azerbaijan’s Government in these priority sectors as well as in carrying its reform agenda.”


Mr. Mannapbekov, aged 50, an Uzbek national, has extensive experience in Central and West Asia where he worked as a senior economist in a number of ADB’s resident missions. Before joining ADB, he held a number of government positions in Uzbekistan, including Counsellor on Foreign Economic Affairs to the Minister of Finance, and Assistant to the Prime Minister on international financial and economic issues.