1.2 mln tons of transit oil transported in this year 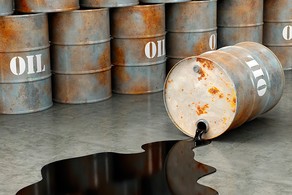 According to the State Statistical Committee, it is by 4.3% lower than the corresponding period last year.

79.4% of the total volume of transported oil accounted for Baku-Tbilisi-Ceyhan pipeline. Thus, during the period of this pipeline 863.9 8 thousand tons transported, which is by 2.2% less than the corresponding period last year.

During this period, the BTC transported 1.2 mln tons of transit oil.