EducationUSA Alumni Fair to be held in Baku 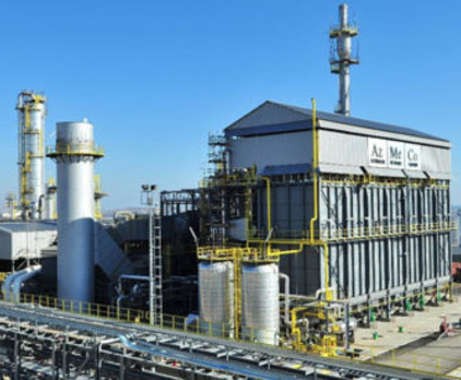 Specialized companies are in the final stage of evaluating the assets of Azerbaijan’s methanol plant AzMeCo, which is necessary for transferring the facility to Azerbaijan’s state state-owned energy company SOCAR in accordance with the decision of the Cabinet of Ministers.

Depending on the results of the evaluation, the assets can be handed over to SOCAR, said Suleyman Gasimov, the vice president of SOCAR on economic issues.

The need to transfer AzMeCo to the state company SOCAR arose due to the debt the enterprise had to state bank - the International Bank of Azerbaijan.

By this means, the government plans to cover the debt in the amount of 344 million manats ($229 million), which the national energy operator Azerenergy owes to SOCAR.

The methanol plant’s transfer to SOCAR will lead to a unified chain of production, which will increase the efficiency of the enterprise, believes Gasimov. The plant will also operate on SOCAR’s gas.

AzMeCo is one of the largest investments made in the non-oil sector of Azerbaijan. The enterprise produced methanol from natural gas for the first time in Azerbaijan.

The only methanol producing plant in the South Caucasus and Central Asian region, AzMeCo was commissioned in January 2014.

The main buyer of the methanol produced at the plant is BP. The produced methanol is mainly sold via Georgian Kulevi port.

Currently, methanol is exported to Turkey, Romania, Slovenia, the Netherlands and Belgium.

Annual methanol production capacity of the plant amounts to 720,000 tons. The total cost of the project stands at 350 million manats ($233 million).

AzMeCo is a part of the PNN companies group which combines oil, gas and petrochemical assets, as well as, a number of retail businesses in Azerbaijan, Russia, Ukraine, the Netherlands, Uzbekistan, Afghanistan and Turkey.