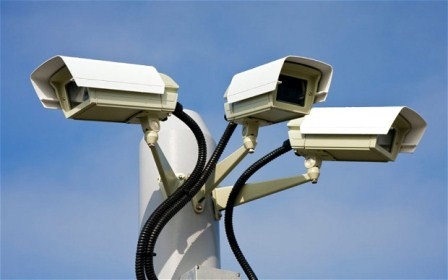 The US-based Wavetronix is engaged in creation of the intelligent transport system (ITS) tools.

"We came to the exhibition to offer our products in Azerbaijan, and it should be noted that we saw a lot of interest here," said Fillmore. "We had a successful day and a very fruitful discussion with Azerbaijan's Transport Minister Ziya Mammadov and his assistants. Now we will prepare a special presentation for the ministry and we have hopes for successful cooperation in the future."

He added that the company proposes to use different radars, road sensors in Azerbaijan, which make it possible to monitor the traffic on highways and motorways, as well as city roads.

"The company offers SmartSensor HD road detectors, which allow receiving data on every car and lane usage," he said.

"These are special double-beam radars," said Fillmore, adding that they are designed for roads and highways.

As Fillmore said, the other detector - SmartSensor Matrix - is used in control signalling systems, including traffic lights, barriers, and other methods of traffic control.

This detector allows determining the exact number of the vehicles at crossroads, as well as provides forecasts and reports.

"This system is widely used in many countries of the world," noted Fillmore, adding that among the CIS cities it is used in Moscow and Astana.

"Thousands of sensors and radars of Wavetronix have already been installed in Moscow," he noted.