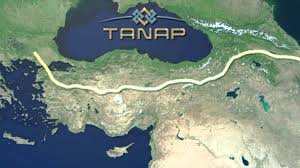 The Trans Anatolian Natural Gas Pipeline (TANAP) project, which is a intended for transportation of Azerbaijani gas to Turkey and Europe, received “The Green World Awards 2019” under the category of Sustainability at a special ceremony held in Ho Chi Minh City of Vietnam on 30th September 2019.

The pipeline, which is part of the Southern Gas Corridor, originates from the Turkey-Georgia border and will connect to the Trans Adriatic Pipeline (TAP) in Ipsala district of Edirne city.

TANAP stakeholders are Southern Gas Corridor CJSC, a joint venture of SOCAR and the Ministry of Economy of the Republic of Azerbaijan (51%), BOTAS (30%), BP (12%) and SOCAR Turkey Energy A.S (7%).