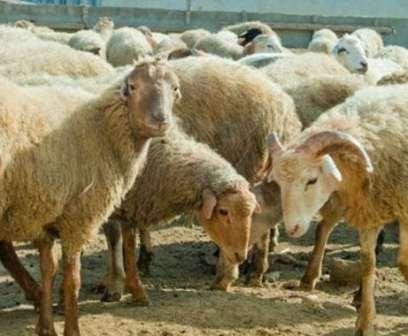 As a result of the extra challenges that genetically modified products bring, today many countries try to avoid using them.

The production of agricultural and meat products have increased significantly in recent years. Although genetic modification enables to increase crop yields and to rapidly increase weight of livestock, it has very harmful effect for human body.

Azerbaijan with its natural environment favorable for breeding cattle in organic conditions, has not yet adopted the global trend of feeding animals containing genetically modified crops.

This, prompted many countries from Middle East, Russia and Kazakhstan to be interested in organic livestock of Azerbaijan in recent years.

Qatar, is another country interested in import of Azerbaijani small cattle.

Agriculture Minister Heydar Asadov said that the main reason for this interest is the high quality of meat products produced from sheep and goats in Azerbaijan.

“We are ready to export sheep to Qatar,” the minister emphasized.

Azerbaijan, in turn, has offered Qatar creating joint ventures, as well as a number of other priorities for cooperation, according to Asadov.

Animal breeding is of crucial importance for restoring and protecting the country's food security, and it has already achieved positive results. The country is supporting cattle breeding sector, allocating multi-millions investments for the development of cattle breeding in the country.

Azerbaijan ranks the 58th among 109 countries of the world according to the Global Food Security Index 2015. It has improved its score by 7 points from its 2014 ranking. Last year, Azerbaijan was the 10th among Asia and Pacific countries.

The South Caucasus nation, with an access to the traditional markets, intends to look for new markets for its high-quality agricultural products which enjoy popularity and are in demand in neighboring countries.

Diversification of economy is important for achieving long-term stability and agriculture can be the main export sector for Azerbaijan.

Meanwhile, Arab countries are very interested in the development of cooperation in the sphere of agriculture, since they almost have no suitable lands: up to 90-95 percent of the agricultural products consumed in Arab countries is imported.

Experts say that Saudi Arabia can become one of the main important markets for supplying agricultural products.