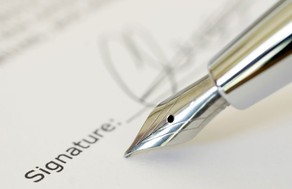 Local media reports, the agreements will allow the two countries to sign multibillion-dollar arrangements for trading in oil and gas without going through the bidding process. This is being proposed along the same lines as the LNG deal with Qatar and petroleum products deal with Kuwait.

Officials familiar with the development said a draft of an inter-governmental agreement had been vetted by the Ministry of Law and shared with the authorities in Azerbaijan.

Pakistan has long been an importer of crude and refined oil products from Middle Eastern countries and is now exploring opportunities of importing LNG from other countries including Italy, France, China and Malaysia.

According to a protocol signed between Pakistan and Azerbaijan, they have agreed to explore possibilities of cooperation in the field of energy.

Authorities in Azerbaijan, Pakistan’s Alternative Energy Development Board and the Ministry of Water and Power are due to hold discussions on the participation of Azerbaijan companies in the development of small hydroelectric power, wind, solar and bioenergy projects.

The two sides have already agreed on facilitating negotiations and the subsequent signing of a memorandum of understanding between the State Oil Company of Azerbaijan Republic (SOCAR) and Pakistan State Oil (PSO) and other nominated enterprise by Pakistan. Additionally, the inter-governmental agreement is aimed at promoting trade in crude, refined oil products and LPG as well as joint development of new facilities for their import.

They have also agreed on conducting joint research for setting up a laboratory and undertaking production tests in the field of oil and gas.

Furthermore, they will share scientific and technological developments in the areas of oil and gas exploration and production, while also committing to training of professionals working in the petroleum industry.

Both sides have decided to jointly evaluate the possibility and support of relevant sides in oil and gas exploration and development projects in Azerbaijan and Pakistan.

They have also decided to constitute a joint working group for the exploration and production of hydrocarbon and to explore opportunities in the two countries.