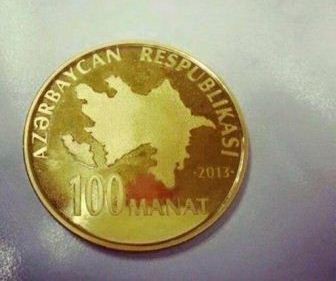 The photos of gold hundred that is the national currency of Azerbaijan spread in social networks.

Money made of metal released into circulation in 2013.

Yellow color hundred manat attracted people’s attention who saw it. Many people said they saw this money in the first time. Some of them said this gold manat was used among banks in circulation.

In addition, the photo of 50 manat what is made of metal before spreading of this picture.