Azerbaijan-Iran car plant to be built 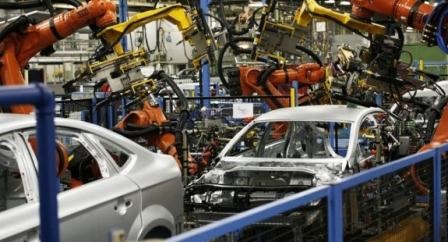 The Azerbaijani-Iranian automobile plant is planned to be constructed by May 2017, Mohsen Pak Ayeen, Iranian ambassador to Azerbaijan, said.

Pak Ayeen made the remarks at the Azerbaijan-Iran business forum Sept. 20.

“Construction operations are being carried out successfully,” he said. “I hope the plant will be constructed in time – before May 2017."

A groundbreaking ceremony for construction of an Azerbaijani-Iranian car plant was held in Azerbaijan’s Neftchala industrial quarter in August 2016.

The plant is a joint project of Azerbaijan’s AzEuroCar LLC and Iran’s giant automaker, Iran Khodro.

The total cost of the project is $15 million, 25 percent of which will be provided by the Iranian side.

The plant will be built in an area of 10 hectares. At the first stage the plant will provide jobs for 300 people and at the second stage the number of employees will rise up to 500.

Twenty percent of the produced cars will be exported. The cars produced at the plant will meet Euro 5 standard.

Four Iranian car brands – Dena, Runna, Soren and Samand – will be produced at the new plant, which will have a capacity of 10,000 cars a year.

The project is being implemented on the basis of a memorandum of understanding signed in April.