What you should and shouldn't eat 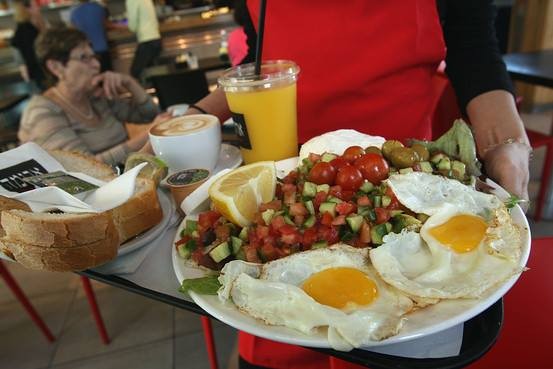 Packets emblazoned with fruit and vegetables, promising food that is low in fat or free from the latest diet enemy can make their contents seem like the healthiest choice, but that is not always the case.

Clever marketing and new studies re-thinking the health benefits of certain foods can make understanding what to eat and drink difficult.

To help you, here are five healthy eating myths exposed.

Skimmed milk is better for you

Reaching for full-fat milk at breakfast instead of a low-fat option is guaranteed to make you overweight and unhealthy, right? But the truth is that full-fat milk may not be such a villainous food after all.

Skimmed milk has been lauded as part of a drive against saturated fat and its links to obesity, and in turn heart disease and diabetes.

However, a recent study which reviewed existing research on milk revealed that people who eat full-fat milk did not face a greater risk of developing heart disease or type 2 diabetes.

“In terms of obesity, we found no support for the notion that low-fat dairy is healthier,” said Dr Mario Kratz, author of the review and a nutrition expert at the Fred Hutchinson Cancer Research Centre in Seattle, according to Time.

But others have stressed that no one should be drinking enough milk for it to affect their health, and that it should be considered as one part of a person’s entire diet.

“In nutrition, there are no absolutes, only relative statements in the context of everything else someone eats,” Marion Nestle, a professor of nutrition at New York University and author of What to Eat, and Food Politics, recently told The Guardian.

Chips, crisps and wedges covered in processed flavourings paint potatoes in a negative light when it comes to health. But a healthy diet does not have to be a potato-less one.

The starchy food is a good source of vitamin C and fibre, and can “play an important role” in your diet, particularly if they are cooked without salt or fat, according to the NHS.

Leaving the skin on potatoes acts as a shield when cooking and can boost the fibre and vitamins in your diet.

Until recently coeliacs, who are hypersensitive to gluten, struggled to find products which did not contain the protein found in wheat and some grains. But recently the selection of gluten-free products has grown, and "free from" breads, cakes and cereals suitable for those with the digestive disease have appeared on supermarket shelves.

However, some have confused “gluten free” as a synonym for “healthy” and have eradicated the protein from their lives despite not being diagnosed as coeliac.

Cutting gluten from your diet can cause a deficiency in vitamins, minerals and fibre, Dr Peter H.R. Green, director of the Coeliac Disease Centre at Columbia University told WebMD.

The idea of plain rice draped in fresh, raw, fish or wrapped in unseasoned seaweed makes sushi sound like the pinnacle of health foods. But sushi’s health credentials can be damaged in a variety of ways.

The white rice that sashimi, or raw fish, is often served on top of or that sits inside maki rolls is a refined carbohydrate. This takes less time to digest, and can therefore deliver a spike in blood sugar and leave you prone to wanting to eat more later.

In addition, sushi can often be seasoned with sauces that are high in sugar, or dipped in high-sodium soy sauce.

Juice is full of fruit

Products with healthy-sounding names covered in photographs of fruit make juice drinks seem like a quick solution for hitting the recommended five a day.

But juice "drinks" can be deceiving and are not the same as pure fruit juice. Check the packet, and you will likely find that juice “drinks” contain artificial flavourings, added sugar and water which outweights the benefits of any fruit inside.