The fruit that may help prevent cancer - Avocado 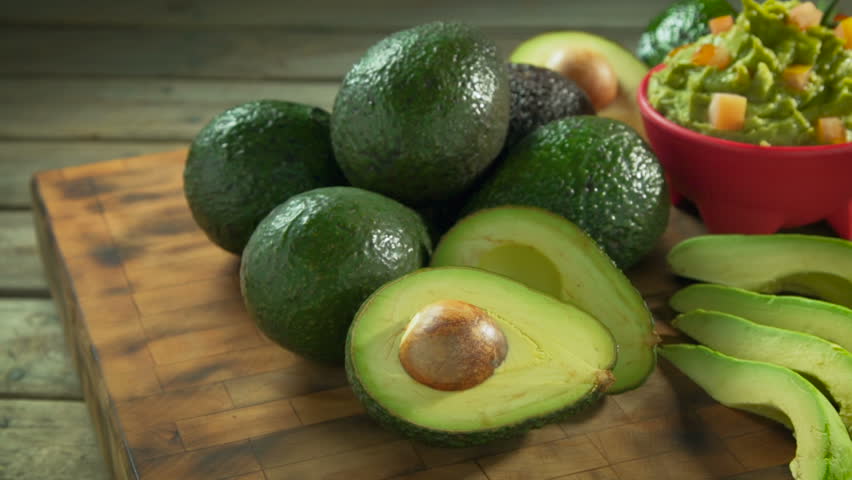 The avocado is a rather unique type of fruit. Most fruit consists primarily of carbohydrate, while avocado is high in healthy fats. Numerous studies show that it has powerful beneficial effects on health.

Axar.az reports that, here are 10 health benefits of avocado, that are supported by scientific research.

It is often called “alligator pear,” which is very descriptive because it tends to be shaped like a pear and have green, bumpy skin… like an alligator. The yellow-green flesh inside the fruit is eaten, but the skin and seed are discarded. Avocados are very nutritious and contain a wide variety of nutrients, including 20 different vitamins and minerals.

Again, avocado is a high fat food. In fact, 77% of the calories in it are from fat, making it one of the fattiest plant foods in existence. But they don’t just contain any fat… the majority of the fat in avocado is oleic acid. This is a monounsaturated fatty acid that is also the major component in olive oil and believed to be responsible for some of its beneficial effects. Oleic acid has been linked to reduced inflammation and been shown to have beneficial effects on genes linked to cancer (7, 8, 9, 10). The fats in avocado are also pretty resistant to heat-induced oxidation, making avocado oil a healthy and safe choice for cooking.

Heart and Stethoscope. Heart disease is the most common cause of death in the world. It is known that several blood markers are linked to an increased risk. This includes cholesterol, triglycerides, inflammatory markers, blood pressure and various others. The effects of avocado on some of these risk factors has been studied in 8 human controlled trials. These are studies where people are split into groups… one group is instructed to eat avocados, while the other is not. Then researchers see what happens to their blood markers over time.

4. People who eat avocados tend to be healthier

One study looked at the dietary habits and health of people who eat avocados. They analyzed data from 17,567 participants in the NHANES survey in the U.S. Avocado consumers were found to be much healthier than people who didn’t eat avocados. They had a much higher nutrient intake and were half as likely to have metabolic syndrome, a cluster of symptoms that are a major risk factor for heart disease and diabetes (25). People who ate avocados regularly also weighed less, had a lower BMI and significantly less belly fat. They also had more HDL (the “good”) cholesterol.

5. Avocados are loaded with powerful antioxidants that can protect the eyes

Not only do avocados increase antioxidant absorption from other foods, they are also high in antioxidants themselves. This includes nutrients called Lutein and Zeaxanthin, which are incredibly important for eye health. Studies show that these nutrients are linked to a drastically reduced risk of cataracts and macular degeneration, which are common in the elderly. Therefore, eating avocados should have benefits for eye health over the long term.

There is limited evidence that avocado may be beneficial in preventing cancer. One study showed that it may help reduce side effects of chemotherapy in human lymphocytes. Avocado extract has also been shown to inhibit the growth of prostate cancer cells. However, keep in mind that these studies were done in isolated cells and don’t really prove anything about what happens in a living, breathing human.

Arthritis is a common problem in Western countries. There are many types of arthritis, and these are often chronic problems that people have for the rest of their lives. Multiple studies have shown that extracts from avocado and soybean oil, called Avocado and Soybean unsaponifiables, can reduce symptoms of arthritis of the bones, called osteoarthritis. Whether avocados themselves can have this effect, and not just the extract, remains to be seen.

There is some evidence that avocados are a weight loss friendly food. In one study, people were split into groups. One group was instructed to eat a meal that contained avocado, the other a similar meal without avocado. Then they were asked a series of questions related to hunger and satiety. The people eating the avocado felt 23% more satisfied and had a 28% lower desire to eat over the next 5 hours. If this holds true in the long-term, then including avocados in your diet could help you naturally eat fewer calories and have an easier time sticking to a healthy diet. Avocados are also high in fiber, and very low in carbs, two attributes that should also help promote weight loss, at least in the context of a healthy, real food based diet.