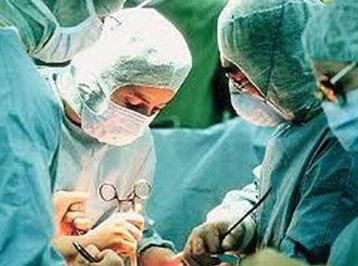 The patient is presumably suffering from a mental disorder that had resulted in the striking incident.

Indian surgeons found seven kilograms of metal objects in the stomach of a man named Maksud Khan who was hospitalized in the city of Satna on suspicions of severe poisoning.

"The patient was complaining of stomach pains, so we thought of getting an endoscopy done. We were shocked to discover coins, nails and nut-bolts in his stomach. We come across such a case for the first in our career," one of the doctors said, noting that the 35-year-old man might be suffering from a mental disorder.

During surgery, the objects were retrieved from the patient's body. All in all, there were 263 coins and 100 nails, as well as dozens of shaving blades, stones and even an iron shackle, the report said.
Doctors reportedly said that the operation was carried out on time and the swallowed objects didn't seriously harm the man's body.

According to the man's relatives, in recent years he has been suffering from depression, presumably resulting in his strange habit of swallowing small metal objects.