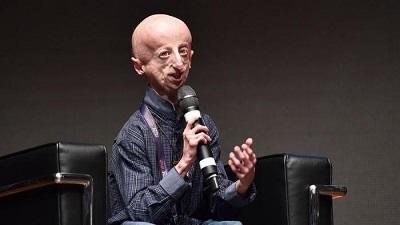 The subject of the op was Sammy Basso, who has raised awareness about his condition, progeria, an extremely rare genetic disorder in which symptoms resembling aspects of aging are manifested at a very early age.

Head surgeon Professor Francesco Musumeci said Basso "was operated on a week ago, he will be discharged tomorrow and is in excellent condition".