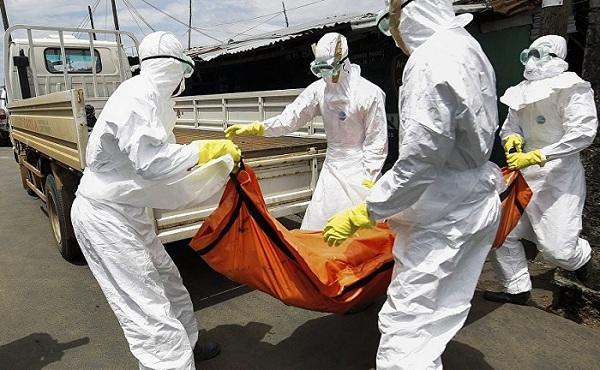 Rwanda has shut its frontier with Ebola-hit Democratic Republic of Congo after a third case of the deadly virus was detected in the border city of Goma, the Congolese presidency said Thursday.

Axar.az reports citing foreign media that there had been a "unilateral decision by the Rwandan authorities" that affected citizens from both countries who had to cross the border as part of their daily life.

Goma, a city of two million people and a major transport hub, shares the border with the Rwandan city of Gisenyi, which has a population of more than 85,000.

Cross-frontier links are intense. Many people have jobs on the other side of the border while others have homes or put their children in schools in the neighboring city.

"On the basis of a unilateral decision by the Rwandan authorities, Rwandan citizens cannot go to Goma and Congolese cannot leave Gisenyi but are prevented from going home," the statement said. "This decision harms a number of Congolese and expatriates who live in Gisenyi but work in Goma."

The announcement came just hours after the third case of Ebola was recorded in Goma, widening the scope of the epidemic on its first anniversary.

Since August 1, 2018, 1,803 lives have been lost in the second worst outbreak of Ebola on record, according to figures released Wednesday.

Two of the three cases in Goma have died, sparking a race to find people who have had contact with these patients.

In an urban setting, the density of population, anonymity and high mobility make it far harder to isolate patients and trace contacts compared to the countryside.