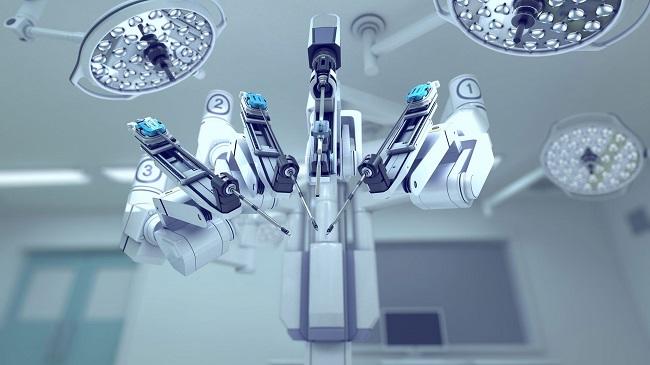 Doctors in Toronto have performed the world’s first operation that uses a robotic arm to treat a potentially deadly brain aneurysm, opening the door to remote brain surgery, it was reported Wednesday.

Axar.az reports citing AA that the remote-controlled robotic arm allowed surgeons to perform complex adjustments during the procedure, which can also be used to treat ischemic strokes, where arteries in the brain become blocked and reduce blood flow. Stokes can cause death or severe impairment.

In cases of brain aneurysms - a ballooning of a blood vessel that can rupture and result in death - or strokes, the robotic arm could be used remotely to perform operations in areas where no doctor is available who could do the operation.

Dr. Timo Krings called the lack of availability of specialists in remote areas a “major dilemma.“

The robotic arm machine can provide remote control access to do the operation anywhere in the world, provided a trained technologist is on-site to keep an eye on everything.

“The expertise to perform these types of procedures is not available everywhere, which means we cannot provide the standard of care to a large portion of the population,” Krings said.

The machine changes that.

“This machine can do what we do with four hands,” said Dr. Vitor Mendes Pereira, who controlled the arm during the operation Nov. 1 at Toronto Western Hospital. “Robotics has been used in other areas of medicine, but never in this domain.”

The treatment for aneurysms and stokes with the robotic arm does not require the skull to be opened and some patients are able to go home the same day of the operation.