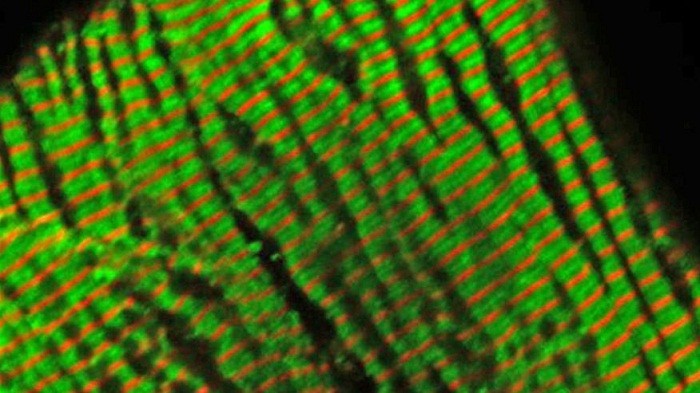 Researchers in Cincinnati have come up with a mathematical model that could help doctors diagnose two potentially deadly heart conditions in children earlier. The only treatment currently available for the ailments, hypertrophic cardiomyopathy (HCM) and dilated cardiomyopathy (DCM), is a heart transplant.

“This technology would make it possible to predict the eventual cardiac phenotype in pediatric patients and help guide their treatment and future monitoring,” Jeffery Molkentin, PhD, lead author and a researcher in the Division of Molecular Cardiovascular Biology at Cincinnati Children’s and the Howard Hughes Medical Institute, said in a news release. “It could help when counseling patients about athletic endeavors, in which sudden death can occur with hypertrophic cardiomyopathy. Or it could help decide whether certain patients should consider an implantable cardioverter defibrillator to prevent sudden death as they grow into young adulthood.”

Inherited cardiomyopathy, a genetically diverse group of heart muscle diseases, affects about one in every 500 people. HCM and DCM— the primary clinical diagnoses under this umbrella— involve nearly 1,500 different gene mutations in sarcomeres, which help the heart muscle contract and generate tension.

HCM is marked by heart muscle not relaxing normally, which can lead to an increased risk of sudden death from arrhythmia, while DCM is characterized by an enlarged left ventricular chamber and lengthened heart cells— which can cause systolic function to wane and eventually for the heart to fail.

Study authors analyzed the relationship between how sarcomeres generate tension and differences in calcium cycling. These two factors are altered in cardiomyopathy patients, and studying this effect can give doctors insight on how quickly the heart will evolve as disease progresses, Molkentin said.

Using normal mice, plus mice genetically engineered to have gene mutations associated with various cardiomyopathies, researchers analyzed calcium cycling rates and muscle tension generation. Next, integrating the overall tension produced by isolated cardiomyocytes, researchers came up with an algorithm that successfully predicted whether the mice would develop HCM or DCM.

Researchers confirmed that their algorithm could predict which defect specific cardiomyopathy patients would develop by collaborating with scientists at the Stanford University School of Medicine.

The technology is years away from potential clinical use, researchers noted, as it requires further testing and refinement.