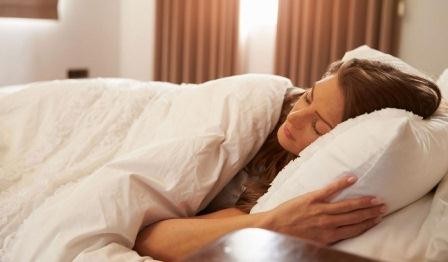 Scientists at the Max Planck Institute in Munich analysed the sleep patterns of 160 adults to consider how sleep affects intellectual capacity. Their study has been presented at the Forum of Neuroscience in Copenhagen.

The researchers monitored the cohort’s sleep patterns, as well as performing intelligence tests on them to assess their reasoning and problem solving skills, Mail Online reports. They monitored sleep spindles, which are bursts of brain activity to consider correlation with different forms of sleep, cross-referenced with gender.

They found that sleep spindles, which are associated with higher IQ scores, were boosted when women entered dreamless sleep. For men no such correlation was found during dreamless sleep.

However, analysis of men’s brain activity found the same stimulation occurred when they had naps.

Professor Martin Dresler said: “Our results demonstrate that the association between sleep spindles and intelligence is more complex than we have assumed until now.

“There are many factors involved in intellectual abilities, and sleep is just one of them. This large study of men and women gives us a more accurate framework for the next phase of research which will involve differences in individuals sleep patterns.”

Earlier this year, researchers at Loughborough University Sleep Research Centre found women may need more sleep as their brains are more complex than men`s. Professor Jim Horne, who has researched the issue said: “Women tend to multi-task — they do lots at once and are flexible — and so they use more of their actual brain than men do. Because of that, their sleep need is greater."