How to starve a cancer without starving the patient 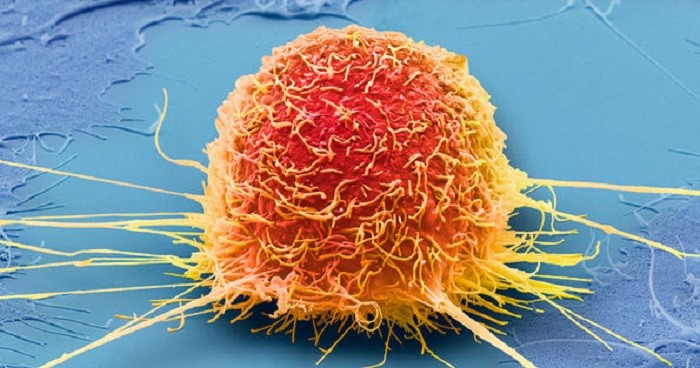 A GENERAL besieging a city will often cut off its food supply and wait, rather than risking a direct assault.

Many doctors dream of taking a similar approach to cancer. Tumours, being rapidly growing tissues, need more food than healthy cells do. Cutting this off thus sounds like a good way to kill the out-of-control cells. But, while logical in theory, this approach has proved challenging in practice—not least because starvation harms patients, too.

In particular, it damages cells called tumour-infiltrating lymphocytes (TILs) that, as their name suggests, are one of the immune system’s main anti-cancer weapons. Valter Longo of the University of Southern California, in Los Angeles, however, thinks he may have a way around this problem. As he and his colleagues write in a paper in this week’s Cancer Cell, they are trying to craft a diet that weakens tumours while simultaneously sneaking vital nutrients to healthy tissues, TILs included.

Dr Longo first used starvation as a weapon against cancer in 2012. In experiments on mice, he employed it in parallel with doxorubicin, a common anticancer drug. The combination resulted in the animals’ tumours shrinking by an average of four-fifths, as opposed to a half if they were dosed with the drug alone. No one, though, was willing to follow this experiment up by starving people in the same way. The consensus was that this would be too risky. That led Dr Longo to think about how he might mimic the benefits of starvation while minimising its problems. The result is a diet rich in vitamin D, zinc and fatty acids essential to TILs’ performance, while being low in the proteins and simple sugars that tumours make ready use of.

To test this diet’s efficacy, Dr Longo and his colleagues injected 30 mice with breast-cancer cells. For the first two days after the injections they fed these mice standard rodent chow, composed of 25% protein, 17% fat and 58% simple sugars and complex vegetable carbohydrates. This contained 3.75 kilocalories of energy per gram. They then put ten of the animals onto a transition diet of 1.88 kilocalories per gram for a day before switching them to the near-starvation diet. Besides its special ingredients this consisted of 0.5% protein, 0.5% fat and 99% complex carbohydrates that would be of little value to cancer cells.

The mice remained on their meagre commons for three days before being returned to standard rodent chow for ten days and then put through the cycle again. Another nine mice, chosen from the original 30 as controls, were starved for 60 hours (the maximum feasible without endangering lives) every ten days but otherwise kept on normal chow. And the remaining ten (one of the originals had died) were fed the chow continuously.

When the team terminated the experiment, they found that both the rodents which had been starved and those which had been fed the special diet developed tumours which were only two-fifths of the size of those found in the mice on the ordinary diet. Encouraged by these results, Dr Longo ran the experiment again, but with the addition of doxorubicin. The results were impressive. In combination with the special diet, doxorubicin drove tumours down to a quarter of the size of those found in control mice—close to the reduction he had reported in 2012.

To work out what was happening at the cellular level, the team collected samples of breast-cancer tissue from the mice in the re-run experiment and scanned these for TILs. They found that, while such cells were indeed present in the tumours of mice fed ordinary chow, there were 70% more of them in the tumours of mice given doxorubicin alone, 80% more in those of mice that were on the special diet alone and 240% more in mice that had been given both therapies.

A follow-up experiment revealed at least part of what was going on. An enzyme called haeme oxygenase-1, which helps regulate immune responses, turned out to be protecting tumours from the attention of TILs in mice on the normal diet. Dr Longo’s diet seems to suppress this enzyme’s production in a tumour—and that encourages TILs to accumulate. Add in the drug, and the tumour faces a two-pronged assault. Further work by the team suggests this approach also works on melanoma, a particularly aggressive form of skin cancer. A siege mentality can pay off.