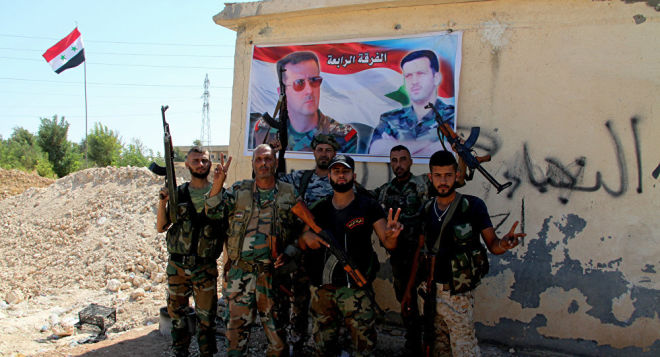 The source said that the Syrian government forces shelled the positions of Daes, killing jihadists and destroying a number of off-road vehicles equipped with heavy machine guns.

The town of Dayr Hafir has been controlled by Daesh terrorist group since 2013. The Kweiris airbase, which has been liberated by the Syrian army from Daesh this year, is located on the outskirts of the town. The town is considered to be the main Daesh stronghold, which closes the passage to Daesh's de facto capital of Raqqa from the northern direction.