"Situation in conflict regions is dangerous" 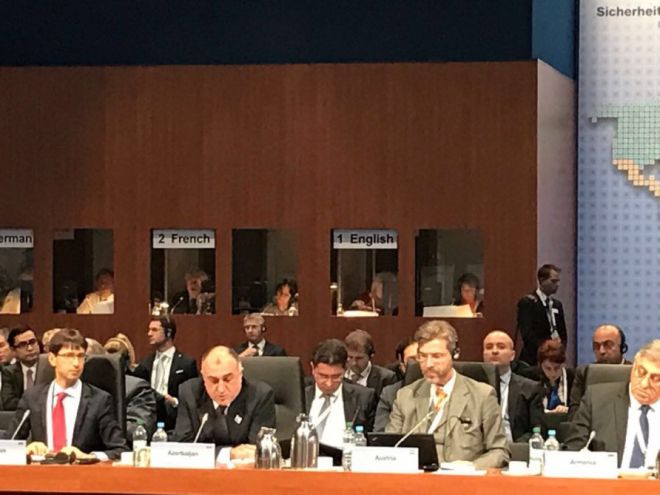 Foreign Minister of Azerbaijan Elmar Mammadyarov said: "Today’s situation on line of contact of Armenian and Azerbaijani troops is dangerous".

Axar.az informs, he said, “The unlawful presence of the armed forces of Armenia in the occupied territories of Azerbaijan remains the main cause of escalation in the conflict zone and is the major impediment to political settlement of the conflict. The April escalation of the conflict was a vivid reminder that today’s situation existing on the line of contact of Armenia and Azerbaijani troops is dangerous and has a potential to worsen at any time with unpredictable consequences,” said Azerbaijan`s Foreign Minister Elmar Mammadyarov as he addressed the 23rd Ministerial Council of the OSCE.

The Minister said: “Unresolved armed conflicts and crises in the OSCE area, new wave of terrorist attacks across Europe and beyond and large-scale displacement of people due to the conflicts are among the acute problems that continue to endanger peace and security and require urgent action.