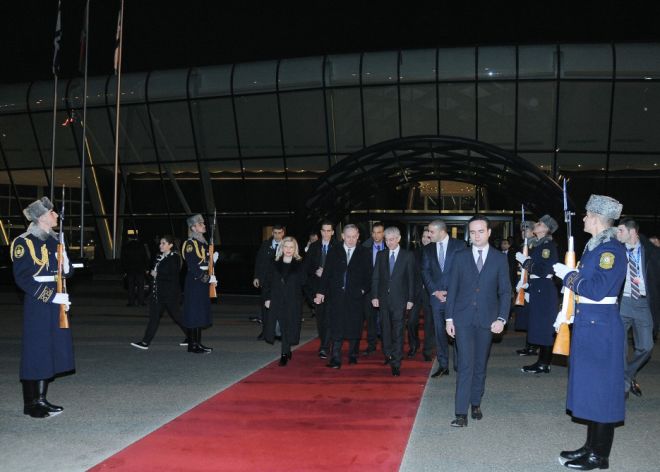 Prime Minister of the State of Israel Benjamin Netanyahu has completed his working visit to Azerbaijan.

Axar.az informs, guard of honor was arranged for the Israeli Prime Minister at the Heydar Aliyev International Airport decorated with the national flags of the two countries.