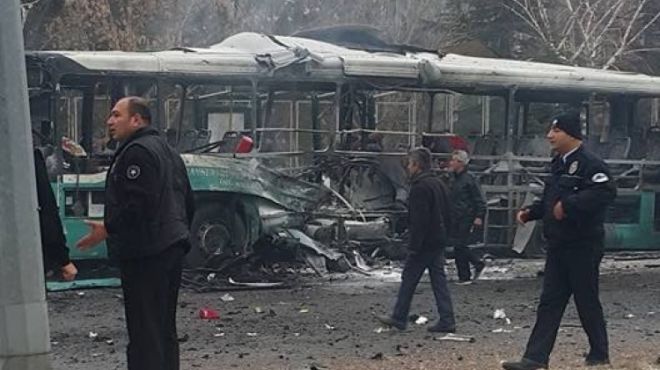 In Turkey arrested seven people in connection with the attack in Kayseri, near the bus with the military exploded a car bomb.

Axar.az reports, according to CNN Turk, and they are looking for another 5 people.

It is reported that the identity of the suicide bomber is already installed. According to the latest data, the explosion killed 13 soldiers, another 56 were injured, 12 of them are in intensive care.