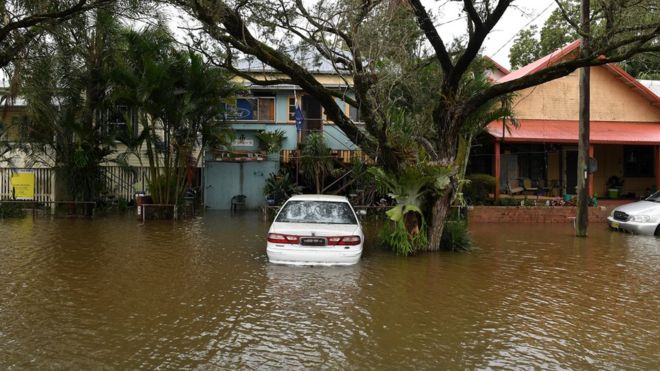 Australian authorities fear people may have drowned as a flood emergency grips two states in the wake of Cyclone Debbie.

Axar.az reports that tens of thousands of residents have evacuated homes in northern New South Wales (NSW) and southern Queensland.

The storm has moved out to sea after hitting northern Queensland as a category four cyclone on Tuesday.

However, floodwaters continue to rise after some areas had about three times their monthly rainfall on Thursday.

"There could be people overnight that perished in that flood, we don't know at this stage," said Mark Morrow, from the New South Wales State Emergency Service.

"There could be some very distressing news."