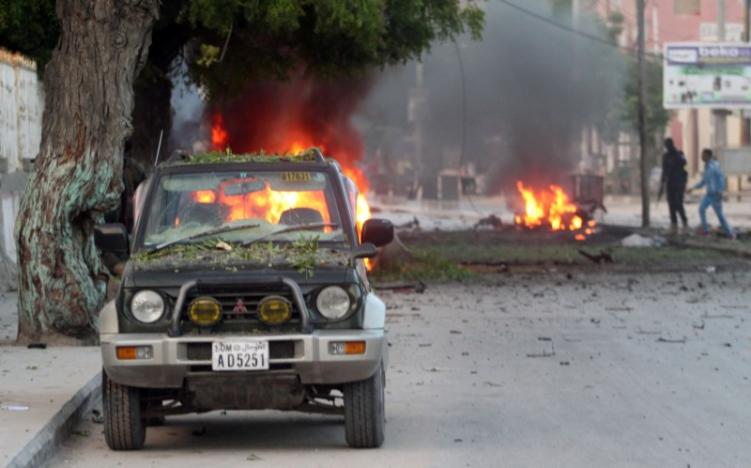 A suicide bomber rammed a car laden with explosives into a cafe in central Mogadishu on Monday, killing at least eight people in an attack claimed by the Islamist militant group al Shabaab.

Axar.az reports citing to Reuters bursts of gunfire followed the attack, which targeted the Italian Coffee cafeteria, located near the passport office. A Reuters photographer saw corpses sprawled on the ground at the scene of the blast.

Major Aden Ibrahim, a police official, told Reuters the attack was carried out by a suicide bomber.

Abdikadir Abdirahman, the director of AMIN ambulances, said his organization had removed eight bodies from the scene and taken more than two dozen wounded to hospital.

"The death toll may rise," he said.

Senior security officials were among the casualties, al Shabaab said.