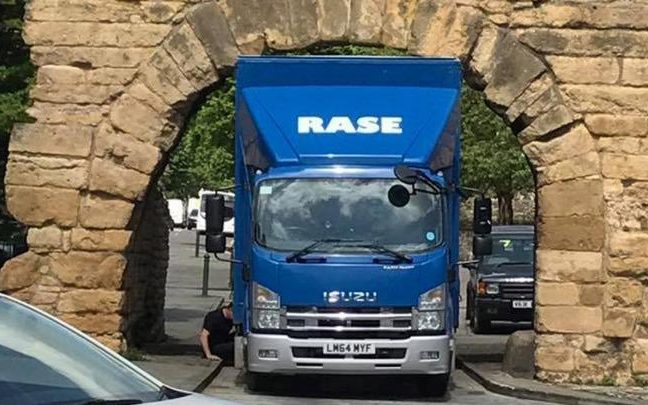 The oldest Roman arch in Britain which is still used by traffic has been damaged after a lorry driver who was following his sat nav became wedged underneath it.

Police were called to the third century Newport Arch in Lincoln after a distribution lorry became lodged under the Grade I listed edifice at 1pm on Thursday.

Fragments of stone from the monument could be clearly seen on the ground after it took over half an hour to free the HGV.