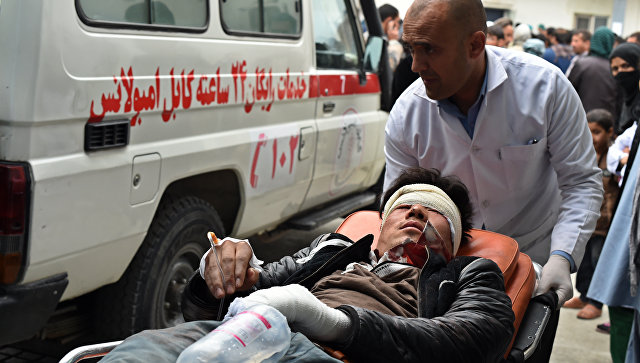 A minimum of 50 people died in a bomb explosion in Afghanistan’s eastern Nangarhar province on Tuesday, TOLONews channel reported in Twitter quoting a deputy president of the provincial Council.

Channel One TV said earlier 25 people had died and another 60 had been wounded.

A spokesman for the governor of the province said a suicide bomber had set an explosive device off in a crowd of protesters who had gathered for a demonstration in Momand Dara district. They were going to demand dismissal of the commander of the police force in Achin located near Momand Dara.

Reports earlier on Tuesday spoke about a chain of explosions near three schools in Nangarhar. AFP said an explosion near a school in Jalalabad, the capital of the province, killed a boy and left four adults injured.

None of the terrorist groupings operating in Afghanistan claimed responsibility for the Momand Dara explosion by the time this report went on wire. The Taliban radical movement said it had nothing to do with the terrorist act.