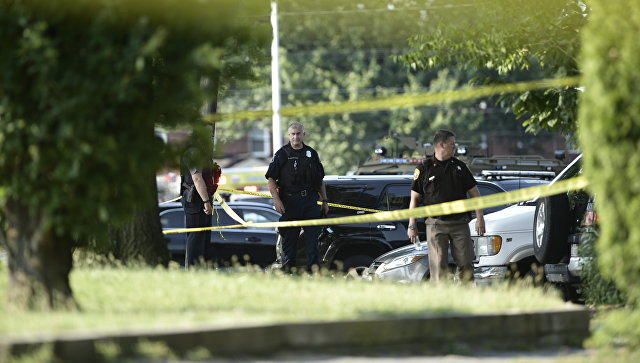 According to daily Hannoversche Allgemeine Zeitung outlet, courts in the German cities of Magdeburg and Erfurt have being evacuated due to bomb threats sent via e-mail.

Meanwhile, police in the state of Brandenburg has tweeted that the court in the city of Potsdam has been evacuated following bomb threats.

"We are now working in a justice center in Potsdam. A threat about an explosive device going off was received there today… The building has since been fully cleared," the police of the state of Brandenburg said on Twitter.

According to the police, service dogs are being used.

At the same time, police in the western state of Hesse has reported via Twitter that it had evacuated a court in the city of Wiesbaden after a suspicious object had been discovered.

The latest similar incident occurred in November when police cordoned off part of Chemnitz and evacuated several buildings due to the threat of a possible terrorist attack targeting the Youth Welfare Office.