Domestic flight canceled due to severe frost in Turkey 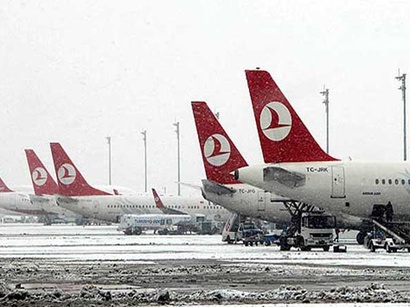 The Turkish airline Anadolu Jet has canceled Agri-Ankara flight due to a severe frost in eastern Agri province.

The cancellation of other flights has not been reported. The temperature has dropped to minus 20 degrees in the province.

A number of domestic and international flights were canceled due to snowfall in Istanbul on January 7.