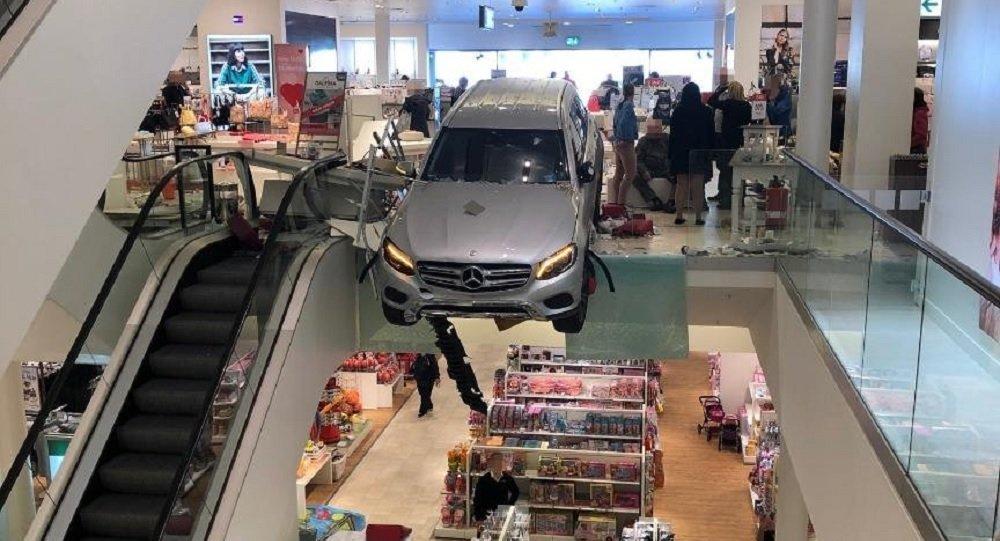 A Mercedes has rammed into a mall in Hamburg at full speed injuring two people, according to local press.

Axar.az reports citing foreign media that, the building has been evacuated. Police and rescue teams have been deployed to the scene of the incident.

The vehicle reportedly broke the shopping centre's glass doors before coming to a halt at an escalator inside the building.

According to the police, the driver of the car was an elderly man who had been trying to park his vehicle. The law enforcement spokesperson said that the car-ramming event is being treated as an accident, and not as a terrorist act.

The driver and another person injured as a result of the accident were suffering from shock, according to the police.

According to a fire department spokesperson, the entire incident lasted only five to eight seconds.