20 trapped in a collapsed building in Shanghai 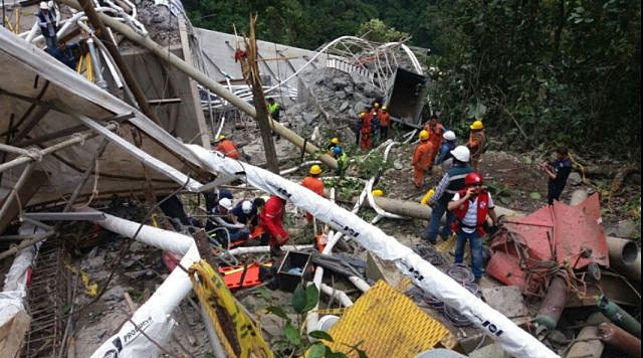 The incident occurred in Shanghai's Changning District on Thursday morning. At the moment there is no official information about possible reasons for the building's collapse.

According to the Chinese news portal ECNS, about 20 people were trapped under debris after a commercial building under renovation collapsed in Shanghai. At the same time, The Paper outlet has reported about 10 people being trapped after the incident, adding that the collapsed area had been estimated at 1,000 square meters, which is a third of the whole building.

A search operation is underway. According to the Shanghai fire department, 11 people have been rescued from the site at the moment.