Suspected arsonist: My novel was stolen by Japanese studio 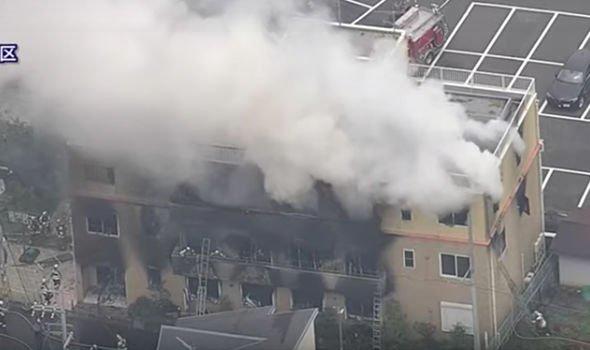 A man suspected of torching an animation studio in Japan, killing 33 people in the country’s worst mass killing in two decades, planned the attack because he believed his novel had been plagiarized, media said on Friday.

Axar.az reports citing foreign media that the unidentified man shouted “Die!” before dousing the entrance to Kyoto Animation’s studio building with what appeared to be petrol and setting it ablaze around 10:30 a.m. (0130 GMT) on Thursday, media said.

The 41-year-old told police, “I did it,” when he was detained, adding he had started the fire because he believed the studio had stolen his novel, Kyodo news said, citing investigative sources.

Kyoto police declined to comment. Broadcaster Nippon TV said he was under an anesthesia after burning himself and police were unable to question him.

He “seemed to be discontented, he seemed to get angry, shouting something about how he had been plagiarized”, a woman who saw the suspect being detained told reporters.

The explosive blaze killed 33 people and 10 more were in critical condition, authorities said late on Thursday. It marks the worst mass killing since a suspected arson attack in Tokyo killed 44 in 2001.

A resident of the Tokyo suburb of Saitama, some 480 km (300 miles) east of the ancient capital of Kyoto, the man was believed to have bought two 20 liter gasoline cans at a hardware store and prepared the petrol in a park near the studio, Nippon TV said, citing police.

He came to the area on train, the broadcaster said. Public broadcaster NHK showed footage of what it said appeared to be the man lying on his back as he spoke to a police officer, shoeless and with apparent burns on his right leg below the knee.

The man had no connection with Kyoto Animation and his driver’s license gave an address in Saitama, a northern suburb of Tokyo, NHK said.

None of the victims’ identities had been disclosed as of Friday. There were 74 people inside when the fire started, Kyodo said.

“I imagine many of the people who died were in their twenties,” said 71-year-old Kozo Tsujii, fighting back tears after laying flowers near the studio in the rain on Friday morning. He said he drives by the studio on his daily commute.

“I’m just very, very sad that these people who are so much younger than me passed away so prematurely,” he said.